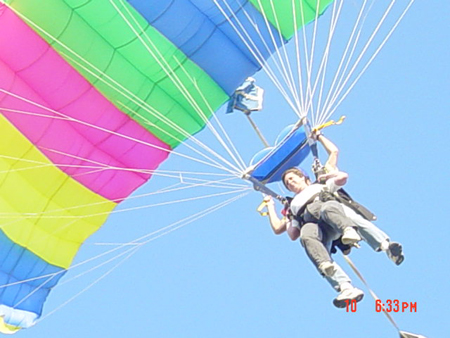 I made this jump in memory of my father John O'Toole. He became a legend on Dec. 22, 2001. He always wanted to jump a square, but never did. At his wake, a friend of his, Alex Reed who was one of my Dads drinking buddies donated this tandem to the family. Since I had never jumped a square either, I made the jump for both of us. I told everyone, one last time for my Dad, but I can't garantee that because, I loved freefall. Maybe I'll see you all someday at 12.5 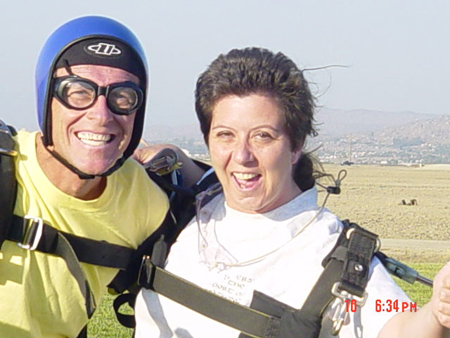 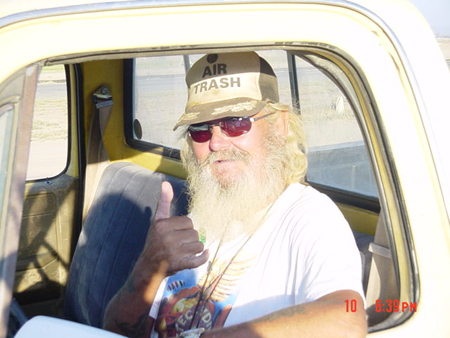 
Back to the Home