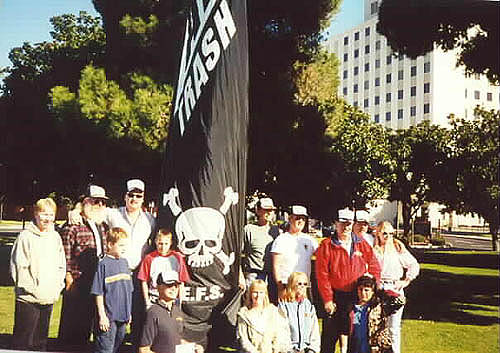 On November 18, 2000 we all got together and went to see our good friend Mongo at the VA hospital in Long Beach. We set up the Air Trash Wind Blade so we could all find each other. However the Federal Security Police din't like our blade or the fact that we were taking pictures. Even after we told him what we were doing there and the fact that most of us were vets, he made us take it down and cease taking pictures. The feds obviously have no sence of humor. 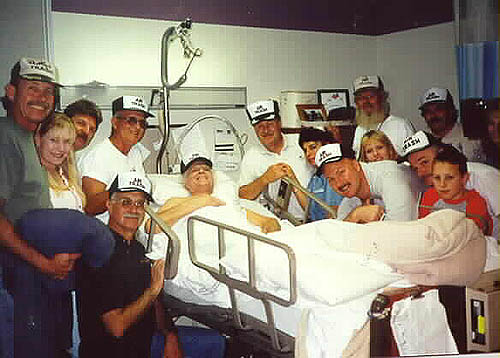 Twenty of us crowd around Mongo for a group shot. Seeing Mongo in good spirits was just great. We all had a good time and told Mongo that we would be back soon. 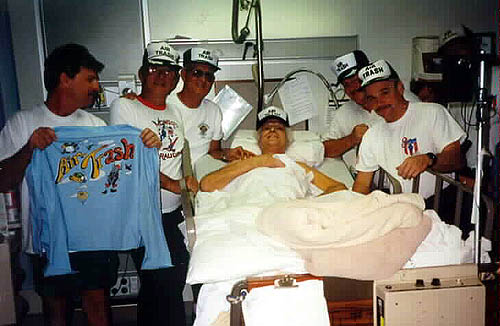 Mongo was very glad to see his friends. He was nothing but big smiles the whole time we were there. His condition is much better than we had anticipated. He can move his head around and has some movement in his shoulders and arms. He is determined that he will walk again someday. We will give him all the support he needs. His daughter Kelly is taking very good care of his finances and everything else. Our prayers are with you Mongo! 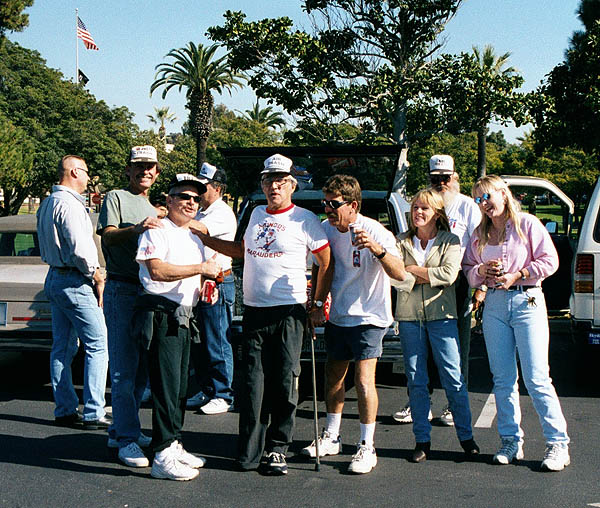 On our way out we all gave Mongo a group moon. Though I think the only butt he saw was Patty Christman's. ARR ARR ARR... Once outside we had a brief Parking Lot Party and discussed plans for our next group visit.

Back To Air Trash